Solar panels are now a much more common sight than ten or even five years ago. By now, most homeowners are aware of the benefits of solar panels and how they’ve improved over the years.

Currently, the vast majority of solar panels you see strewn across neighborhoods and business districts are one of the following:

All three types work to convert energy from the sun into usable electricity, but depending on the type of solar panel installation you’re considering, one may be better suited than the others. 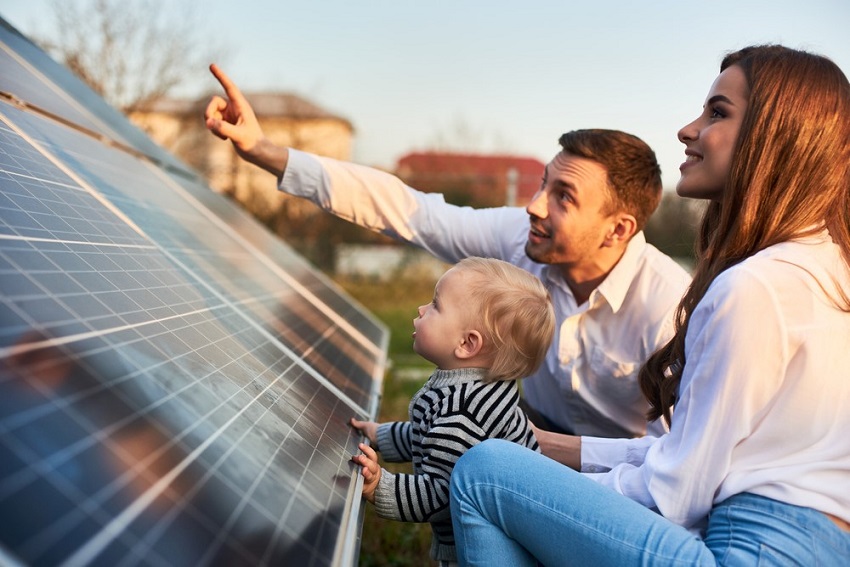 When researching online, you’ll encounter many informative articles discussing monocrystalline vs. polycrystalline solar panels. However, there’s a third major type to be aware of — thin-film panels. Although they all have the same goal, each type will have its own pros and cons that you must be aware of.

Monocrystalline panels, not to be confused with mono PERC solar panels, are the most common type used for residential homes and businesses.

These solar panels are made from a single silicon crystal and typically can be identified by their black hue. The black color reflected by this type is unique because it results from the light and silicon crystal interaction.

You’ll also come across many monocrystalline solar panels that use a variety of colors for their frames. Generally, the back sheet will be white, silver or black, while the metal frames will typically be black or silver.

Because monocrystalline panels are made from a single crystal, they’re much purer and more efficient than the other types. However, the increased efficiency comes at the cost of being more expensive to produce and install.

These panels are the most efficient per area out of the three options. This makes monocrystalline the perfect choice for those who want to harvest the most energy possible but have a limited roof space. Monocrystalline panels will produce more electricity than polycrystalline or thin-film panels, even if they have the same number of cells.

Polycrystalline panels are easily identified by their bluish hue from the crystal and light interaction. These solar panels blend several smaller pieces of silicon, which are then molded together during the manufacturing process.

Molding together a blend of crystals makes the manufacturing process much less wasteful, but it comes at the cost of having panels with decreased efficiency. However, the cheaper production costs carry over to the buyer, making it less expensive for homeowners and businesses to install. 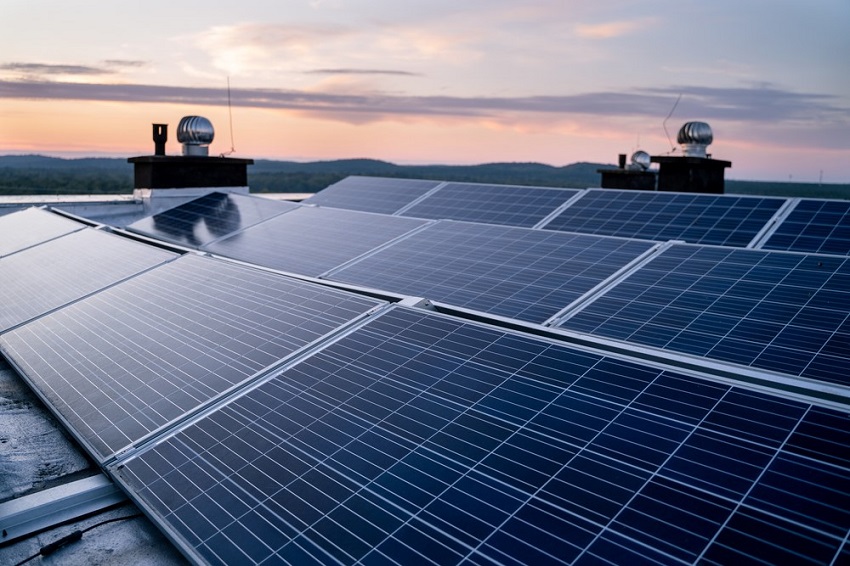 Thin-film panels, which is more of an umbrella term, has several sub-categories:

These cells are about 350 times thinner than the alternatives and have a low profile. However, regardless of its aesthetic factor, this type of solar panel is generally reserved for large-scale projects.

Thin-film solar panels come as adhesives that lie as close to the surface of your roof as possible. However, it’s important to note that they are the least efficient of the three types, and the actual panel may end up being a similar thickness to mono and polycrystalline panels if it uses a thicker frame.

Unlike the other types, thin-film panels can have either a blue or black hue. The final color will depend on the manufacturer and vendor.

Unlike the other two types, thin-film panels don’t come in uniform sizes. That means the power capacity of one panel may differ from another depending on its actual size.

Monocrystalline panels are the most expensive type available today. The high cost is because of the manufacturing process to produce a single silicon crystal per solar cell. The process is extremely intensive and results in silicon waste, which is used to manufacture polycrystalline cells.

That’s why polycrystalline cells are generally cheaper than mono panels. The manufacturing process is simplified and isn’t as intensive because poly cells are produced from the fragments left over from the single, pure silicon crystal.

They’re lightweight and easy to maneuver, making it quicker for installers to secure the panels to your roof.

The best type of solar panel will depend on your property, installation and the goals you wish to achieve with your new solar panel system. However, it’s safe to say that homeowners with plenty of space can save money upfront by using the lower-cost polycrystalline panels. The lower efficiency won’t matter as much because they add more panels to make up for the loss.

On the other hand, homeowners with limited space and goals to maximize their energy savings will benefit more from the higher-cost and more efficient monocrystalline panels.

Thin-film solar panels, as briefly mentioned earlier, are best for large-scale projects that require reduced weight. Like homeowners with plenty of space, projects that use thin-film panels can afford the reduced efficiency.

Ran Kroynish is an experienced handyman who’s been working for Elite Garage Door & Gate Repair for 10 years. When he’s not fixing garage doors, he likes to share his repair ideas and knowledge with others.