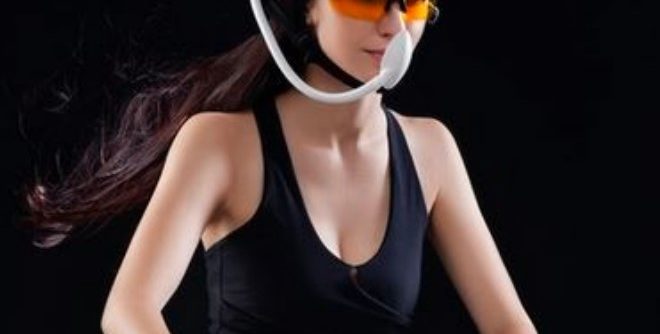 If you’re just a novice in answering these, you can stay with us for a while. We’re here going to break into everything regarding the efficiency of the wearable purifiers. We had better jump into the context instead of wasting our valuable time. Let’s move on!

What Is A Wearable Air Purifier?

Before discussing the effectiveness of a wearable air purifier, we need to acquire little sense about it.  A wearable air purifier is a kind of air purifier that releases airborne pollutants like smoke, pollen, dust, molds, viruses, bacteria, and so on. It can be worn around the neck to find thoroughly hygienic air circulation around us.

This advanced purifier predominantly releases negative ions to sanitize air with much precision. As it comes with a lighter and smaller design, anybody can wear it like a necklace hour after hour without any disturbance.  It has been the best option for outdoor campaigners to be free from the bad air circulation.

To accomplish an air purification job with much precision, a wearable air purifier exposures millions of negatively charged molecules around.  Later, the emerged negative ions transfer the negative charge to the closest pollutants and act as a reverse magnet to throw out the pollutant bounded anions. Finally, it pushes all the contaminants of nearby air out of the breathing zone and manages a hygienic air circulation.

The overall process is done so exquisitely that it never brings a negative effect on the human body. The collaboration of sunlight, waves, and waterfalls can generate many negative ions to relieve germs from the air. Most notably, a wearable air purifier is helpful enough in relieving depression, cough, sneeze, and throat irritation.

The Cherry Ion personal air purifier is the most-used wearable purifier in the world. It comes with the superior design and advanced functionalities to sanitize nearby air and manage a risk-free breathing zone.  With the combination of five colors, it can make up to three feet of healthier air. You can find excellent service with it for 10 to 12 hours after 2-3 hours of charging.

The Maple fresh wearable air purifier is an excellent looking purifier with plenty of advantages. By creating up to five million negative ions, it promises optimal air cleaning benefits. With the inclusion of some scientific theory, it can resist the impact of bacteria and viruses more strongly than any other cleaner. Moreover, it can regulate sleeping patterns, increase blood circulation, and ultimately reduce stress levels.

With the invention of the Aviche seashell air purifier, the battle against airborne pollutants has been accessible to all.  Releasing a vast amount of negative ions, it removes all the contaminants from the nearby air with much precision. Furthermore, it boosts blood circulation, removes free radicals, and improves sleep quality significantly.

It’s another great purifier with hundreds of certifications. Almost all the health experts never feel hesitant to recommend it for its outstanding activity against airborne viruses, bacteria, mold, and other contaminants. It can run up to 20 hours with only a 30 minutes charge. With the combination of various colors, it seems gorgeous to look externally. Do Wearable Air Purifiers Have A Filter?

You can’t think of an alternative to a quality air purifier for enjoying fresh and clean air. An air purifier rectifies air with the help of some filters. It is amazing to say that a wearable air purifier doesn’t contain any filter to accomplish its job. It doesn’t occupy activated carbon filter, true HEPA filter, and other pre-filters to work against viruses, bacteria, smoke, odor, and other airborne particles as it comes with the advanced technological design.

You may be curious about the newly invented wearable air purifiers. To get rid of all concerns regarding air pollution, you can reach out to it at once. Do wearable air purifiers work? Before spending your money, you must know the efficiency of it. As you have spent enough time here, we hope you’ve got your perspective answer by this time.

No doubt, a wearable air purifier brings sensational benefits to our life by refreshing air, increasing blood circulation, removing depression, improving sleep quality, and so on. You can choose it over other purifiers to find optimal support and relief.